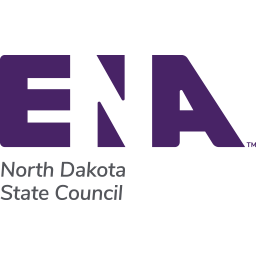 Posted about 2 months ago by Mary Jagim

This announcement has 1 attachment:

Advocates for Highway and Auto Safety (Advocates) and KidsAndCars.org support passage of Senate Bill (SB) 2121, legislation that will upgrade North Dakota’s seat belt law to primary enforcement for all occupants. A comprehensive seat belt law is vital to overcome the public health epidemic of traffic fatalities and injuries and to ensure the health and safety of North Dakota families and visitors who travel on state roads.

In 2019, 100 people were killed in motor vehicle crashes in North Dakota, according to the National Highway Traffic Safety Administration (NHTSA). Lack of restraint use is a major contributing factor to traffic deaths and injuries. Fifty-eight percent of passenger vehicle occupants killed in 2019 were unrestrained, based on known use (NHTSA). Over the ten-year period of 2010 to 2019, motor vehicle crashes claimed the lives of nearly 1,300 people in North Dakota (NHTSA). Traffic crashes are a serious issue in urgent need of the effective solution provided by an all-occupant primary enforcement seat belt law.

Seat belts are proven lifesavers, but they are only effective when they are used. Seat belt use rates increase from 10 to 15 percentage points when primary laws are passed, as experienced in a number of states. A study conducted by the Insurance Institute for Highway Safety (IIHS) found that when states strengthen their laws from secondary to primary enforcement, driver death rates decline by an estimated seven percent.

Furthermore, the majority of passengers in the rear seats of vehicles are teens and children, and studies have shown that seat belt usage by teens and young adults (age 16 – 24) is among the lowest segments of society (NHTSA). Research has found unbelted rear seat passengers pose a serious threat to the driver and other vehicle occupants, as well as themselves. Unbelted rear seat passengers are known as “back seat bullets” because they can be thrust at high rates of speed into the driver resulting in loss of control of the vehicle and into other occupants causing fatalities and serious injuries. The chance of death for a belted driver seated directly in front of an unrestrained passenger in a serious head-on crash was “2.27 times higher than if seated in front of a restrained passenger.”i Upgrading North Dakota’s seat belt law to primary enforcement for all occupants will send a strong message to drivers and passengers that everyone needs to buckle up on every trip.

This week, Advocates released its 2021 Roadmap of State Highway Safety Laws (Roadmap Report); a copy follows this letter. The goal of the Roadmap Report is to encourage states to enact proven laws to improve traffic safety, and North Dakota has at least nine ready opportunities to do so including by advancing the seat belt upgrade measure. At a time when our Nation is struggling with the wide-ranging impacts of COVID-19, we ask you to advance this proven solution to protect road users and keep them out of overly-burdened emergency rooms and hospitals as well as curb the expenditure of taxpayer dollars.